The gastric bypass works by several mechanisms. First, similar to most bariatric procedures, the newly created stomach pouch is considerably smaller and facilitates significantly smaller meals, which translates into less calories consumed. Additionally, because there is less digestion of food by the smaller stomach pouch, and there is a segment of small intestine that would normally absorb calories as well as nutrients that no longer has food going through it, there is probably to some degree less absorption of calories and nutrients.

Most importantly, the rerouting of the food stream produces changes in gut hormones that promote satiety, suppress hunger, and reverse one of the primary mechanisms by which obesity induces type 2 diabetes. 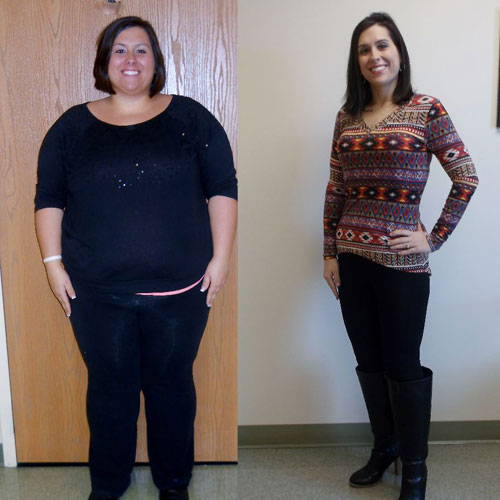 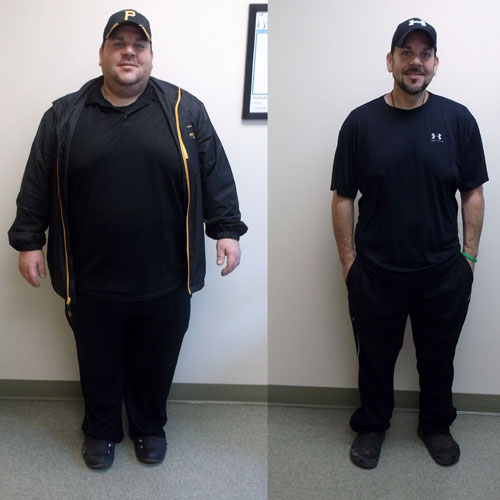 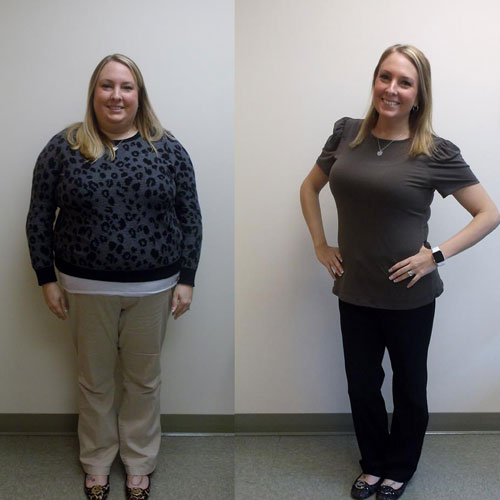 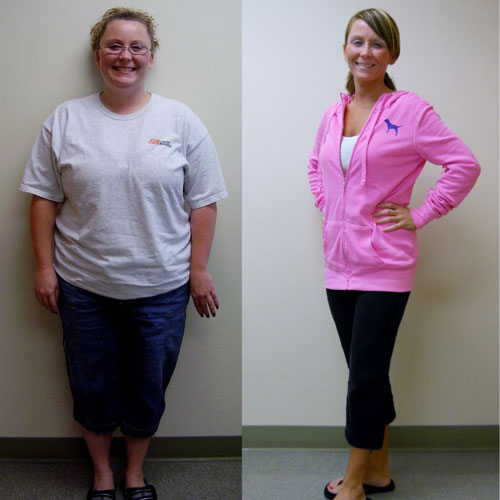 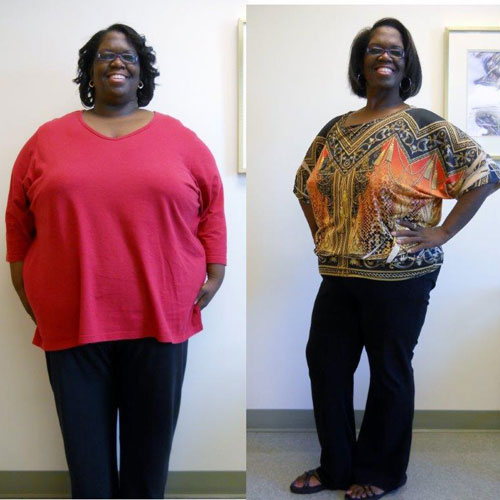 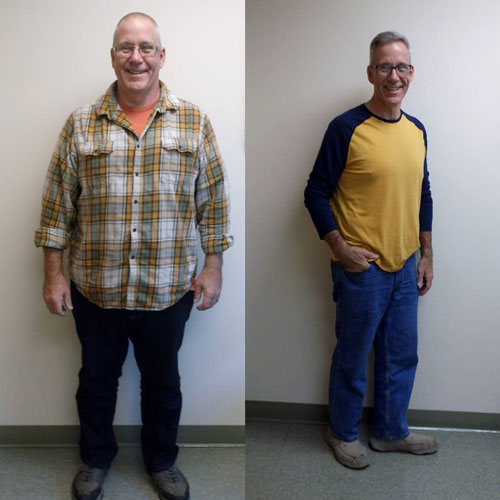 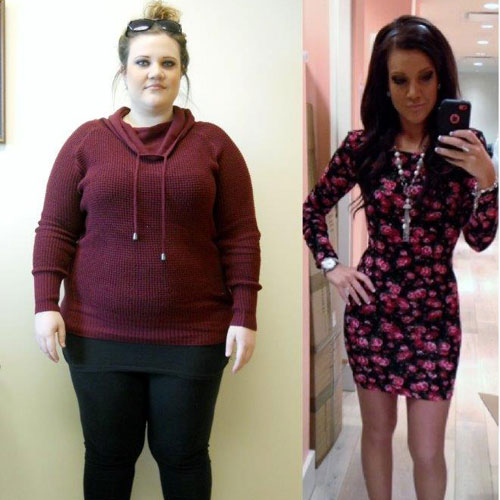 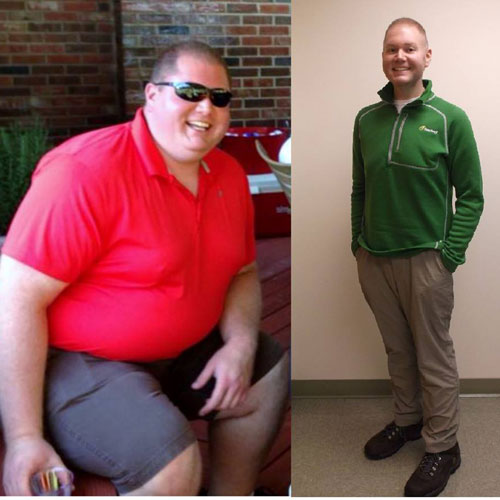 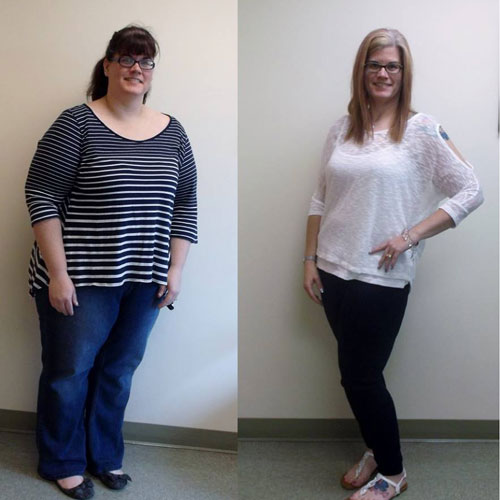 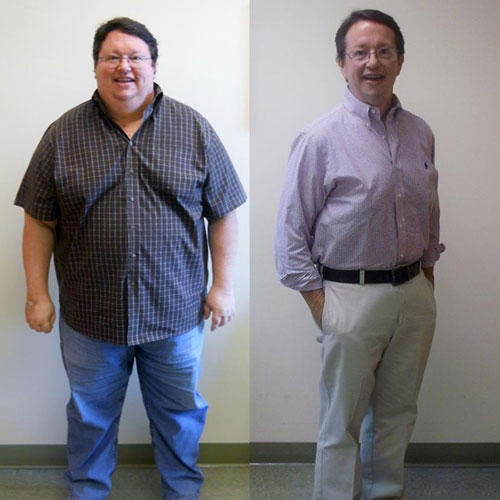 I am a CDL Delivery Driver. I've had problems with Diabetes since 1997. I was to the point of losing my CDL License because the Diabetes got out of hand. I had to either go on Insulin, or have Gastric By-Pass Surgery. I chose Gastric By-Pass Surgery for Diabetic reasons, and to improve my health conditions. Before making this decision I weighed 334 pounds. When I had the surgery done in January of 2009, I weighed 297 pounds. Today, I was weighed at my PCP's office, I now weigh 198 pounds!! I am off my Byetta, and Glucovance, which are diabetic medications.I am off of cholesterol medications: Tricor, and now only take 1/2 a pill of Simvistatin, and in my next PCP visit in 3 months, the DR. feels I will be completely off Simvistatin. Blood Pressure has come way down, he feels in his next visit I will go from 100mg to 50 mg of Cozaar. I have gone from a size 50 inch waist down to 36 inch waist size. I have stuck to the program that Dr. Felix and Dr. Wilcox has prescribed, and I haven't experienced any set backs. This has been a WIN WIN situation for me, and I feel Great. I have never been this thin, but most importantly, I am Healthier. I wish to thank both Dr. Felix and Dr. Wilcox for performing this surgical Procedure on me, and I highly recommend it to everyone health issues. They truly can help you, but it is up to you to make it work.

It is hard to believe that it has been a year and that I went from 316 lbs. to 165 lbs. I never thought that would happen: a size 28 to 12! I never thought I would see a size 12, I thought I would be a 16 or 18. I can walk with my grandchildren without being out of breath, tired or my feet hurting! It is a blessing, thank you to all of you who have helped me to reach this place in my life. Each of you have been a blessing to me and such a help anytime I called. Thank you again for everything!

My name is Jolene and I had bariatric surgery with Dr. Felix on June 18, 2009. My life has changed drastically since that day and I celebrate this date as my "rebirthday". The transformation has been amazing and I am ecstatic with my success. Having bariatric surgery was one of the best decisions I ever made and the improvement in my quality of life is beyond what I had originally imagined. I never did properly thank Dr. Felix or the staff for assisting along this chosen path...so.... THANK YOU FROM THE BOTTOM OF MY HEART!!!

Last fall I was in your office with a friend of mine and we took my "after" picture. I was never able to see that photo and I keep looking on-line to see if it has been added. Is it possible to see the before and after pics? I would appreciate seeing these and being able to get copies. Also, I am not sure if I should be following up any further with Dr. Felix. I feel fantastic!!!! Thank you once again!

I had type II diabities, was taking 7 medications, weighed 360 pounds, had tried to lose weight for years and failed. My doctor had suggested bariatric surgery more than once to me before I made up my mind to change my life for the better. I wanted to live to enjoy grandchildren and to see retirement. I've coached football for over 25 years and even my players were worried about how big I'd gotten. I couldn't effeciently coach because I couldn't run and bend and do the things I needed to do to teach them. After the surgery they were very supportive, as was my friend at work, she had a family member that had the surgery, and she made me realize how important how the exercise part was afterwards. She did the spin cycle, I ride my stationary bike everyday, ab-circle, and use the weight bench. I went back to work 11 days after my surgery, coached football 5 days every week, exercised, and followed the meal plan exactly. I now wear size 36 pants, I used to wear size 46. I lost 102 pounds in 5 months. I'd like to thank Dr. Sneeringer and Dr. Felix and his great staff, my family, and especially my wife for all the support they have given me, I have a new lease on live, and look forward to the future and all the good things to come. Bob